Announcing my first SOLO SHOW this Spring: I'm very happy to announce that 15 paintings in the UNDERGROUND Series will be on exhibit at The New School in New York City from May 20 through June 2, 2014. The opening reception is on Tuesday, May 20, 6 to 8 pm.

The New School is located at 66 West 12 Street between Fifth and Sixth Avenues. The show is upstairs in the Bridge Gallery, on the fourth floor; sign in with the lobby guard. Exhibit runs May 20 – June 2; open 10am - 6pm, Mon. through Sat. No fee.
Posted by joan at 8:02 AM No comments: 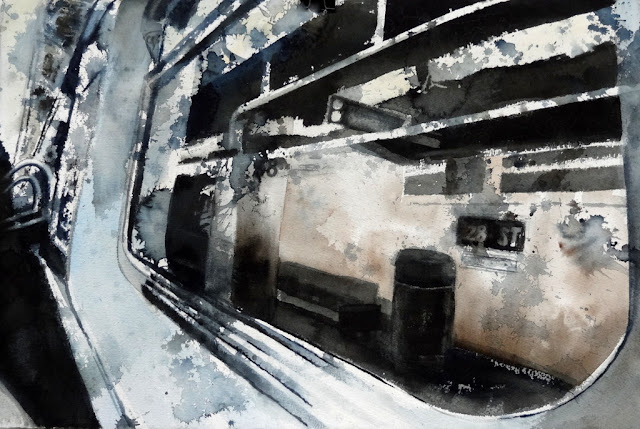